The Bears are Back

Dining with a Polar Bear


Just imagine….sitting with your family at the dining room table, about to bite into a deliciously baked Arctic Char and something catches your eye. Glancing out of the window you are suddenly taken back from the very sight before your eyes. Two 800 pound male polar bears are dancing in the snow, right beside your window. Standing upright with all weight on their hind legs these bears stand like skyscrapers. Their plate-sized paws are out in front, as though they are mirroring one another, and every now and again one takes a playful swat at the other during this good-natured battle.

Oh, I forgot to mention that you are not dining at home, but rather at the Tundra Buggy Lodge a few miles east of the Sub-Arctic town of Churchill in Manitoba.

Thousands of people venture to this Northern town that is situated along the Southwestern shores of the Hudson Bay to witness the migration of bears who gather here while they wait for the ice to form on the Hudson Bay. While many people choose to stay in town during their visit to Churchill, other adventurists opt to stay out on the Tundra in accommodation very similar to that of a train. Imagine a school bus being turned into a motorhome….well; Frontiers North Adventures turned Tundra Buggies into a comfortably cozy lodge that sleeps 40 guests. For three days and three nights you live and breathe the Tundra as you witness the truly wild nature of the polar bear.

I just returned from a lodge tour and I was once again reminded how authentic and unique this unforgettable experience is. The lodge is situated at Polar Bear Point, a two hour Tundra Buggy ride on a rough and rocky trail. There are no trees only flat lying willows and we are literally a stones throw from the frigid seas of the Hudson Bay. The only creatures that live out here and can withstand the chilly climes are those with the warmest of coats.

During our 2nd night at the lodge, a storm approached, bringing strong winds which gusted up to 70 km/ph. At times it felt as though we were on a boat as the lodge shuddered from every gust which came at us in full force from the North.

When out about in our buggy, the days were action packed as new bears arrived in the area, one bear after the other. At one stage we could see 3 pairs of bears sparring with eachother, some at a distance and one pair battled right beside us. Snow was literally being flicked onto the sides of our buggy, as the bears wrestled and played.

Gyrfalcons were sighted every day as well as a Snowy Owl perched on the tip of a Spruce tree. We had the privilege of watching a red fox forage beside us, listening and watching for Lemmings, a fox’s favorite winter snack. A young, curious female bear approached us and gave us some Buggy Love. She placed her paws on the side of the buggy and with her long neck, stuck her snout high in the sky trying to catch the scent of the strange creatures wearing cameras. We literally looked in the deep, dark eyes of the most powerful land carnivore that exists on our planet.

Oh how I love my job. To not only watch the magnificence of nature but to witness the lives of people changing as they encounter a truly wild animal. And the beauty of it all… for once we are the ones in the cage and the bears are roaming free.


Take 5 mins and enjoy this video clip of two 800 pound male Polar Bears playfully scrapping and sparring in the snow, not to mention the foraging Red Fox right next to our buggy.
http://youtu.be/LHmVLG0VS2Y

The bears are back in town


Ahhhh.....finally, a video clip which displays our rapidly departing summer and our immediate arrival of fall and winter. How quickly the scenes around Churchill have changed.
Enjoy this 4 minute video consisting of a lone Grey wolf moving curiously across the Tundra, our close encounter with Caribou and the delightful rusty reds and firey oranges as the fall colours drench our Tundra flora.

I'm about to fly to Winnipeg to pick up my first of 7 groups. I've been in Churchill since June 2nd and although I'm excited to switch gears and put on my guiding hat after wearing my restaurant apron....I'm reluctant to leave this small Northern town. I shall be back soon enough with 15 people in tow and bears will be our primiary focus.

I hope to continue posting a blog here and there so keep your eyes open for images, video clips and hopefully a story.
ENJOY!
Posted by Oceanmaid Ventures at 9:54 AM No comments:

Email ThisBlogThis!Share to TwitterShare to FacebookShare to Pinterest
Labels: Churchill

Our last day with Belugas


Please enjoy this 6 minute video clip on our final day kayaking with Belugas.
The following day a week long storm hit, bringing constant rain and wind unfavourable for kayaking. By the time the storm subsides, it is likely the Belugas would have already left the Churchill River as fall approaches rapidly.
The next clip is bound to highlight the Polar Bear, as it is there turn to take the spotlight in this Sub-Arctic paradise.
http://youtu.be/rbvT7S3GVTE
All the best to you
Hayley


Posted by Oceanmaid Ventures at 12:33 PM No comments:

One of my jobs in Churchill

Posted by Oceanmaid Ventures at 12:20 PM No comments:

Hi,
Please enjoy the short clip of my recent encounters with the wonderful world of the wild in CHurchill Manitoba. I was finally able to capture the underwater world of the Belugas.
Enjoy!
Thanks for your interest
Posted by Oceanmaid Ventures at 9:42 AM No comments:

An interview I did with Grant Lawrence with the CBC for the show "The Wild Side" is airing tomorrow (Tuesday July 10) at 11:30am nationally, re-airing on Friday at 7:30pm.

I hope some of you get a chance to listen. Cheers...have fun!

The Summer is here - in Churchill Manitoba

Please enjoy this short clip, showing you the beauty and treasures that Churchill has to offer.

More clips to come soon and I hope to write a descriptive story soon.
Thanks for your interest


Posted by Oceanmaid Ventures at 12:31 PM No comments:

A collection of photos taken along the way from here to wherever the road may end. 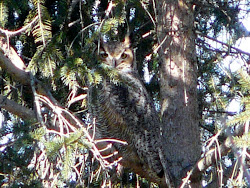 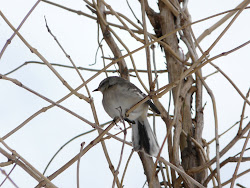 I refuse to grow up! 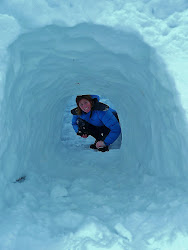 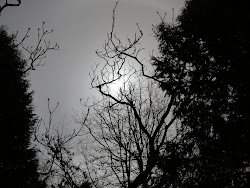 Howd i get here?

Too much spare time 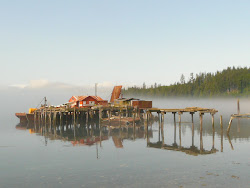 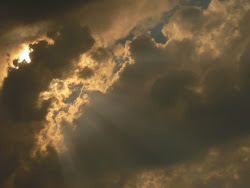 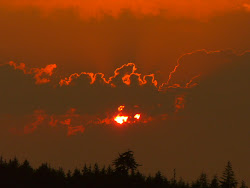 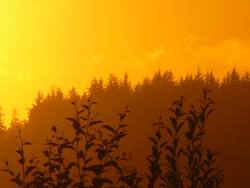 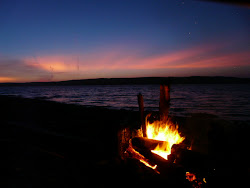 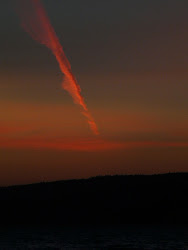 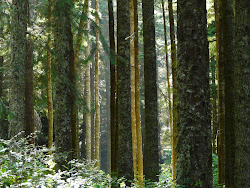